I have always been surrounded by music. As one of the youngest children in a large musical family, I grew up listening to my dad’s big band music, my brothers who played piano, guitar, clarinet and organ while my mom and sisters sang and played piano. I have fond memories of watching my brother’s band practicing rock-n-roll songs and attending jazz concerts with my dad. Eventually I joined the middle school concert band and jazz band while taking private drum lessons from a local teacher when I was twelve.

In high school I began playing in the wind ensemble, orchestra, pep band, jazz band, as well as, playing professionally with my own rock band. I received jazz band awards, the John Philip Sousa Award and was chosen by Louise Bellson to be the winner of the Washington State Percussive Arts Society Drumset Competition – High School division.

My love of jazz led me to Central Washington University, where I earned a Bachelor of Arts in Music in Percussion and Drumset Performance. I was determined to work with pioneering jazz educator, John Moawad and I was the drummer for his award-winning Jazz Ensemble for a record four years. We won 1st Place in the West Coast Collegiate Jazz Festival in Berkeley, CA, recorded the album, In a Mellow Tone and performed with jazz great, Dizzy Gillespie and Joe Williams. During my later years at CWU, I performed in numerous ensembles including receiving national attention by being chosen as one of six groups nationwide for the 1st Collegiate Jazz Festival at Epcott Center in Florida with the Bruce Babad Quintet.

After graduation, I continued my quest to claim mastery of several diverse musical genres. As a jazz drummer I performed in Seattle Big Bands and numerous jazz combos. As a rock/commercial music drummer I performed in many regional groups and recorded for a number of bands and solo artistis. I have performed with Diana Krall, Dizzy Gillespie, Bud Shank, Howard Roberts and many other jazz greats. 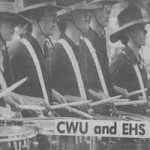 My drumming has been featured on numerous studio and live recordings and I have worked professionally with my own Fusion trio, Ecstasy In Numbers. The band released three studio CDs, one live CD, were featured and reviewed in such international publications as: Modern Drummer, Percussive Notes, Rhythm Magazine and many European publications. 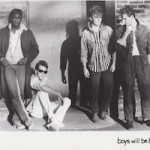 Besides drumming and teaching, I am also a published author as well as a guest speaker, clinician and adjudicator. I conduct clinics for: Paiste Cymbals, Innovative Percussion Sticks and Mallets, Remo Drumheads, Latin Percussion and Ludwig Drums. I have authored two books, The Hi-Hat Foot, Drummers Guide to Big Band and released three DVDs, Developing a Solo Vocabulary, Rudiments Applied to the Drumset and Get a Grip: The Strokes and Motions of Drumming.

I am passionate about teaching drummers how to play in different genres while maintaining technical health and artistic integrity. Many of my students have gone on to performing, teaching and recording careers and/or have attended prestigious schools like Berklee School of Music, North Texas State, PIT and LA Academy of Music. I also love working with innovative teachers so I can continue to improve and learn new techniques. My significant teachers include: John Moawad for drumset styles and big band drumming, Mike Derosier of Heart for rock and roll drumming and solo development, Jeff Hamilton for ride cymbal techniques, Brushes and improvisation and Andrew Spencer for Orchestral Percussion while earning my Masters Degree in Percussion/Drumset Performance and Jazz Studies.

I am thankful for my many mentors and I feel blessed to be able to pass on their legacy to the next generation.